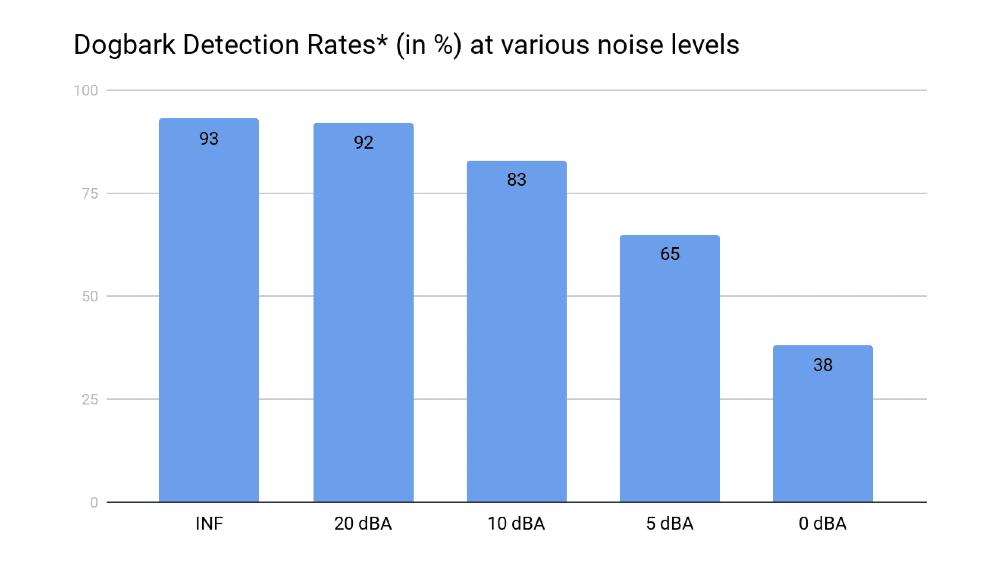 At a recent meeting Sensory was credited for “inventing the wake word”. I explained that Sensory certainly helped to evangelize and popularize it, but we didn’t “invent” it. What we really did was substantially improve upon the state of the art so that it became useable. And it was a VERY hard challenge since we did it in an era before deep learning allowed us to further improve the performance.

Today Sensory is taking on the challenge of sound and scene identification. There are many dozens of companies working on this challenge…and it’s another HUGE challenge. There are some similarities with wake words and dealing with speech but a lot of differences too! I’m writing this to provide an update on our progress, to share some of our techniques, compare a bit with wake words and speech, and to bring more clear metrics to the table to look at accuracy!

Since then we have been working on accuracy improvements and adding gunshot identification into the mix of our sounds (CO2 and smoke alarms, glass break, baby cry, snoring, door knock/bell, scream/yell, etc.) to be identified.

Sensory is very proud of our progress in sound identification. We welcome and encourage others to share their accuracy reporting…I couldn’t find much online to determine “state of the art”.

Now we will begin work on scene analysis…and I expect Sensory to lead in this development as well!