I thought it was funny that Google and Alexa both handed out the neck worn badge holders which nobody seemed to wear.

Google had a bunch of hired hands standing around in booths looking awkward in white jumpsuits promoting the Assistant. I spoke with a few and found a range from totally clueless to quite knowledgeable. 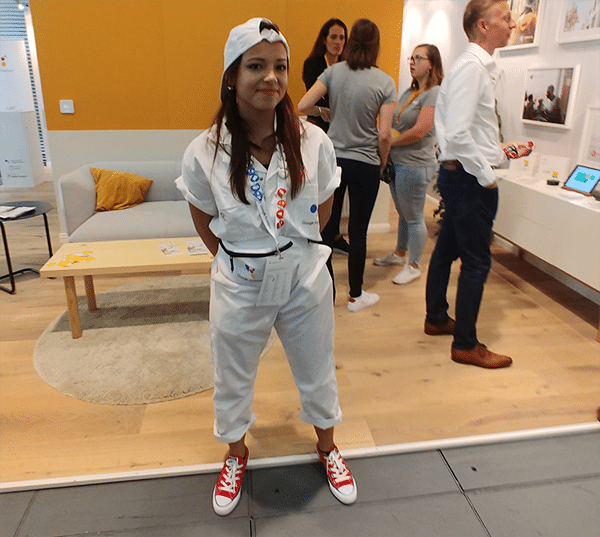 OTHER VOICE ASSISTANTS WERE NOTICEABLY ABSENTAlthough a half dozen other Voice Assistants exist, I saw little to no presence of Cortana, Siri, SoundHound, Baidu, Alibaba, or Tencent. There was a “Sprechen Sie Bixby? ” signage outside of the Samsung area, but that was about it.

Without doing any quantitative counting it seemed like companies are about equally throwing support at Google Assistant and Alexa. Some companies support both along with Apple’s Homekit. My gut feel is that Alexa is covering more companies but Google is getting a higher penetration with the better known and bigger brands. This probably gives Google more presence even though they have fewer companies than Amazon’s purported 3,500 brands and 20,000 devices.INNOVATION WAS NOT LIMITED TO AMAZON AND GOOGLE

There are some, but not a lot of companies that are innovating. There were a ton of smart speakers, thermostats, lights, electrical outlets and various appliances that can be controlled by assistants, but little of that rose to the level of true innovation based on where we are today. However, I did see a few new things too 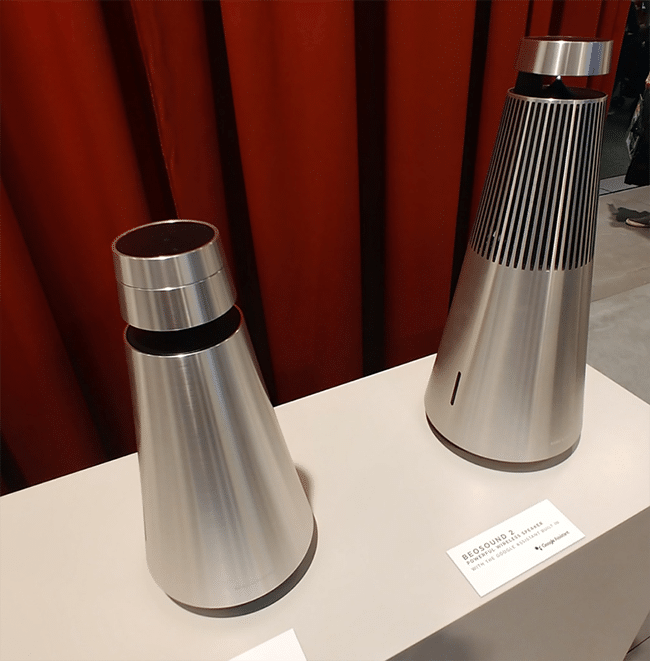 INFRASTRUCTURE PLAYERS ARE BETTING ON AMAZON AND GOOGLE

There’s lots of infrastructure developing 3rd-party support of Alexa, Google and custom voice interfaces. For example, a  variety of chip companies like DSPG were showing their ability to enable lower power solutions while design houses like Sugr, StreamUnlimited, and Frontier Smart Technologies can assist with hardware and software development.

IFA showed the continuing growth and accelerated market adoption of voice assistants. It was a well organized and like CES, IFA  had separate locations that required transportation to access through transportation. Berlin, by the way is a fantastic and unique city with a very liberal feel, friendly people, the best Turkish food I’ve ever had, and very international. Parts of it even reminded me of Berkeley in the 1970s. Of course, there is a lot more presence of voice assistants today!

Todd Mozer is CEO and founder of Sensory.