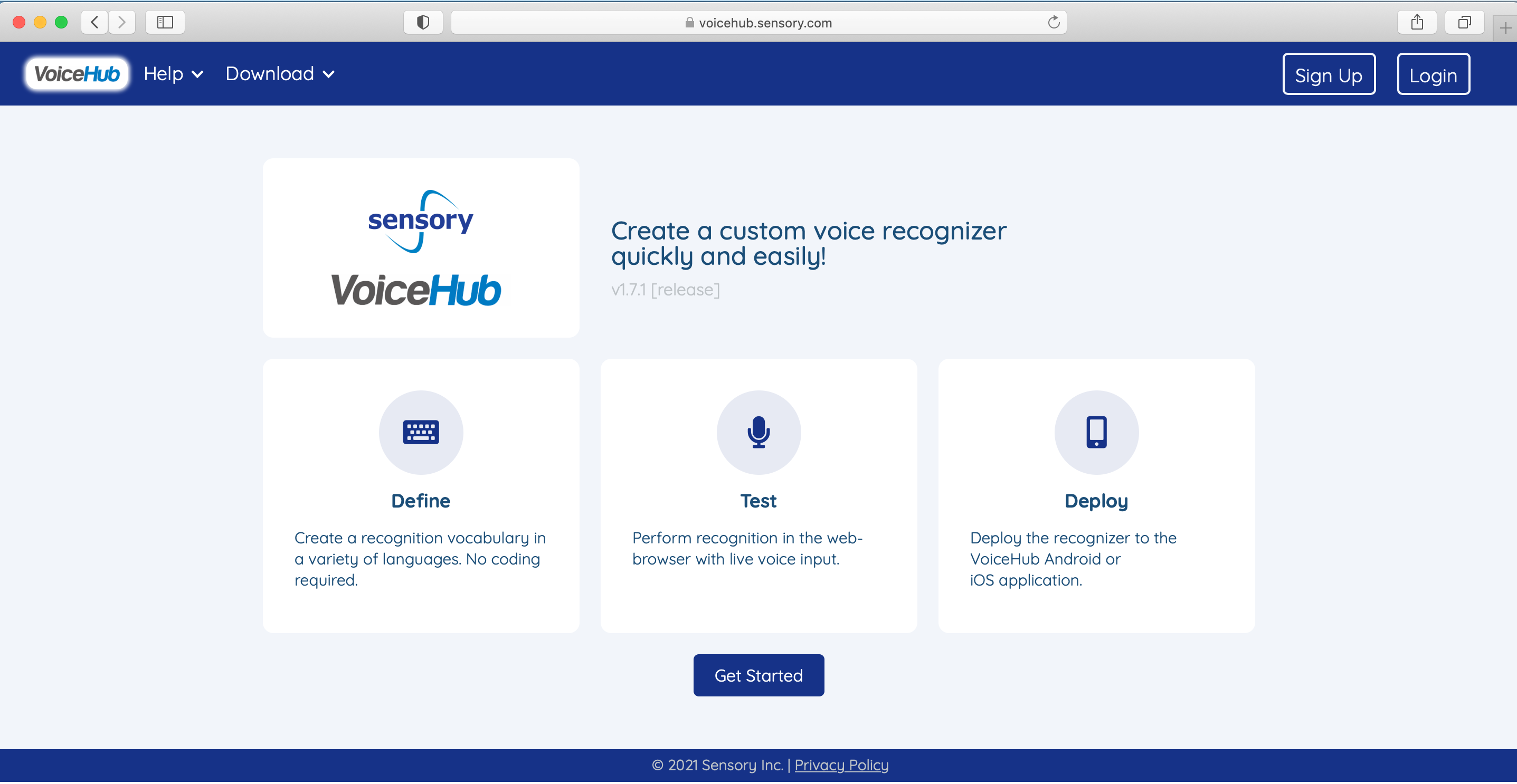 In January of 2021 we officially released Sensory’s VoiceHub as a fast, free and flexible tool for creating custom wake words, voice control command sets and large vocabulary speech recognition grammars with NLU. Our main goal was to remove the friction associated with getting speech recognition projects kicked off and to enable developers to create custom AI on the edge models without any previous programming experience. So far, judging from the developer feedback and a rapidly growing user base, VoiceHub has proven to be an effective tool for VUI developers around the world.

To date, hundreds of companies have signed up for VoiceHub access. Engineers, software professionals, product managers and students are all developing, sharing, testing and fine-tuning voice user experiences within the VoiceHub portal. They are building hundreds of voice projects every month. We see VoiceHub being used at all stages of the product development process. For example, some of the companies are prototyping their voice user experience, while others are designing and releasing products with Sensory wake words, speech recognition and NLU. We are constantly amazed at the creativity and outside the box thinking of our VoiceHub developers.

In June we hosted a product makers webinar which showcased  some of the products created in VoiceHub. This event was designed to introduce new developers to VoiceHub, as well as provide a few companies an opportunity to share and show off what they have built. You can view the VoiceHub Product Makers webinar on our YouTube channel. Stayed tuned because we plan to host one more product showcase later this year. Contact sales@sensory.com if you would like to have your product included in one of our upcoming webinars.

VoiceHub adoption and usage has been a great success, but at Sensory we never stop! We have been implementing a steady stream of updates and new features. One of the biggest changes we introduced was a new look and feel for the VoiceHub user interface. We worked with a design firm to provide an updated, flatter, and sleeker user experience. These changes also included more logical layouts and easier to access to controls and help. Here are a couple of screenshots of our updated look. 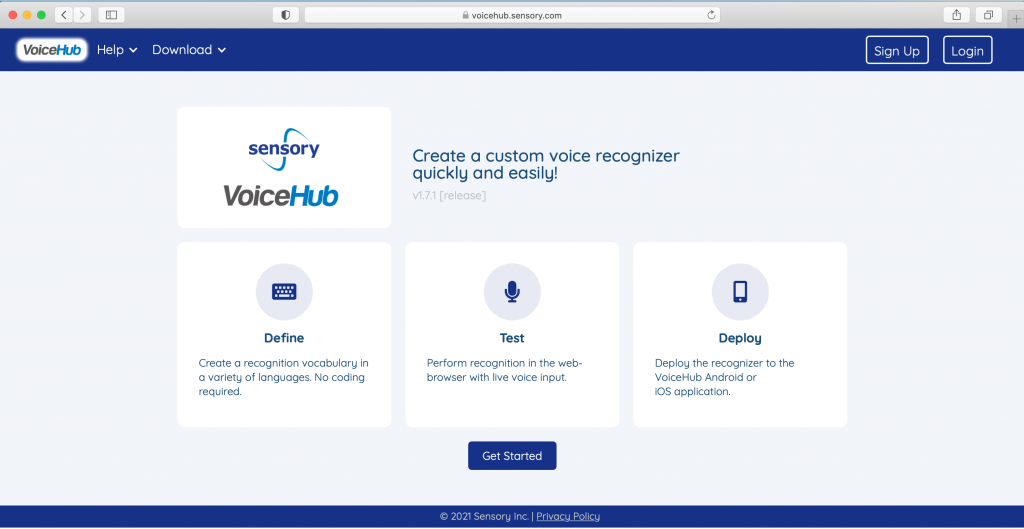 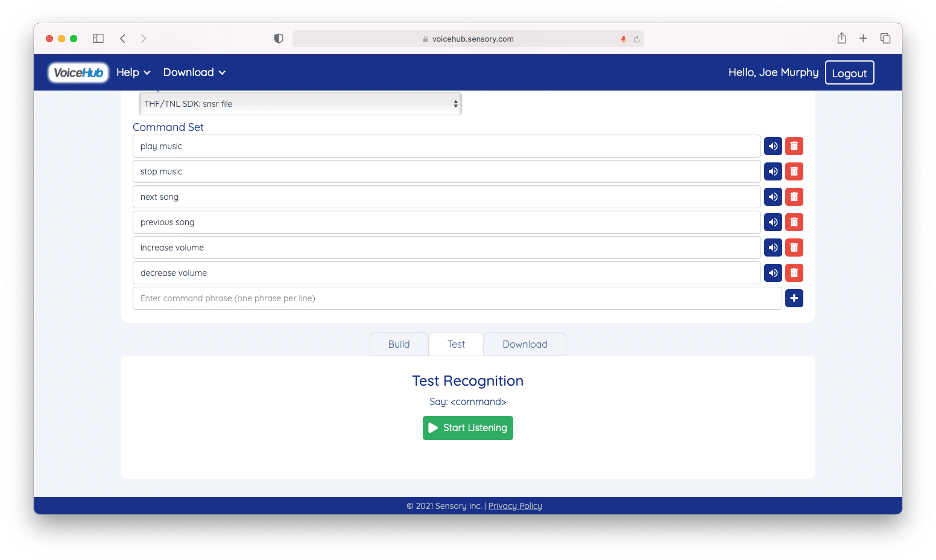 In addition to the updated UI, we have also added several new features with to common theme of removing friction from prototyping and designing voice enabled products. The addition of an iOS companion app opened up VoiceHub the iPhone ecosystem. VoiceHub developers can now download their projects directly to the VoiceHub app on their iOS device and starting testing and demonstrating their projects on iPhone or iPad. Previously this functionality was limited to Android devices, but now all of the most popular mobile and browser platforms are supported by VoiceHub.

To wrap it up, Sensory’s VoiceHub has surpassed all of our expectations over the last six months. Thanks to the voice community for your overwhelming acceptance and support. We expect to keep going strong with new features, and the voice of our customers will be constantly leading us forward. Stay tuned for more VoiceHub webinars throughout the year. Finally, do you have an idea or feature request for VoiceHub? We want to hear from you! sales@sensory.com